Freedom of religion is an important American value, which is why it is already protected by the First Amendment of the Constitution. That freedom doesn’t give people the right to impose their beliefs on others or to discriminate. Yet a growing number of states, and the federal government, have passed or are considering legislation that would allow child placement and adoption agencies to do just that, while providing government services paid for with taxpayer money.

In 2018, Kansas, South Carolina and Oklahoma, passed these adoption discrimination bills. This brings the number of states that permit taxpayer-funded discrimination to eight (though two more states, Michigan and Alabama, permit discrimination by agencies that do not receive state contracts).

Watch the "Kids Pay the Price" ad and take action! Learn more at Every Child Deserves a Family.

January 2019  - This policy brief, authored by MAP and the Family Equality Council, in partnership with the Child Welfare League of America (CWLA) and the National Association of Social Workers (NASW), offers a snapshot of the impact of discriminatory foster and adoption laws on the thousands of children waiting to be adopted in the states where these laws currently exist, the high stakes of passing similar laws in other states, and offers recommendations for supporting children in care.

July 2018 – An amendment to a federal appropriations bill seeks to create a license to discriminate for child welfare providers, prioritizes the interests of providers over the welfare of children, reduces the likelihood that the most vulnerable children will find stability, and cuts more than $1.04 billion to state child welfare budgets. The more than 395,000 children in the child welfare system across the country will pay the price. 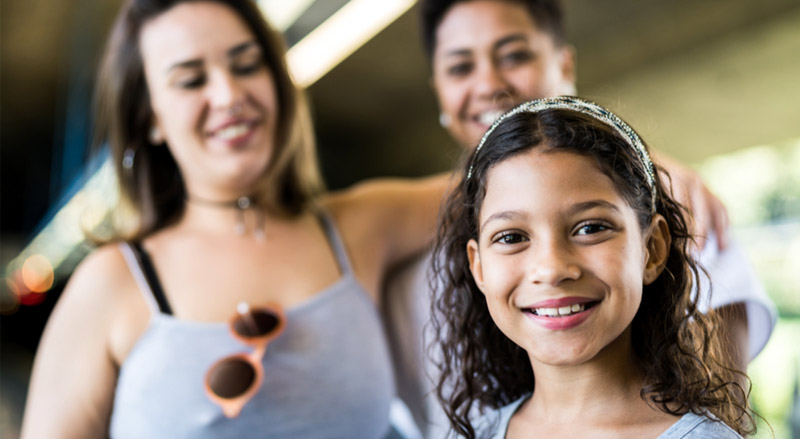 June 2018 – Authored by MAP and the Family Equality Council Putting Children at Risk: How Efforts to Undermine Marriage Equality Harm Children highlights how recent efforts to undermine marriage equality and protections for LGBT families pose a profound threat to the children in these families.

September 2017  - This report details how religious exemptions for child welfare providers hurt children and vulnerable families. Agencies that provide services to children and parents should focus on providing loving, stable homes for children and helping families in need. Instead, these laws encourage and enable adoption agencies and their workers to reject qualified parents who don’t share the agency’s or worker’s religious beliefs.

MAP membership and certain MAP materials are restricted to the staff and board members of LGBTQ movement organizations and/or major funders of the movement for LGBTQ equality. Click below to become a member of MAP.

“Gender identity” is a person’s deeply-felt inner sense of being male, female, or something else or in-between. “Gender expression” refers to a person’s characteristics and behaviors such as appearance, dress, mannerisms and speech patterns that can be described as masculine, feminine, or something else. Gender identity and expression are independent of sexual orientation, and transgender people may identify as heterosexual, lesbian, gay or bisexual. Laws that explicitly mention “gender identity” or “gender identity and expression” primarily protect or harm transgender people. These laws also can apply to people who are not transgender, but whose sense of gender or manner of dress does not adhere to gender stereotypes.

Thanks for signing up!

We appreciate you signing up for the MAP newsletter. You will receive an automatic email confirmation shortly.

Choose a State or Territory